With a cocktail of famous architecture offices, benevolent institutions, intelligent think tanks, and abundant municipal infrastructure and resources, Rotterdam is subjected to a deluge of good intentions, contributing to the never-ending project – launched after the city’s near total destruction in the war – of establishing urban vibrancy. Recent acclaim for Rotterdam in the international press hints that it might just be starting to work. But the city’s accumulation of architectural icons, would-be icons, and different generations of ambitious urban thinking has had the paradoxical effect of flattening the experience of the city: its core ends up looking and feeling very normal.

The focus of the AA Visiting School workshop will be this core – and the notion of the urban core generally. This is also the focus of official municipal attempts at invigoration. Over two weeks of intensive critical fieldwork we will ask: are they looking in the right place for action when they look at the core? What exactly are we looking at? And how do we even look properly, as architects? 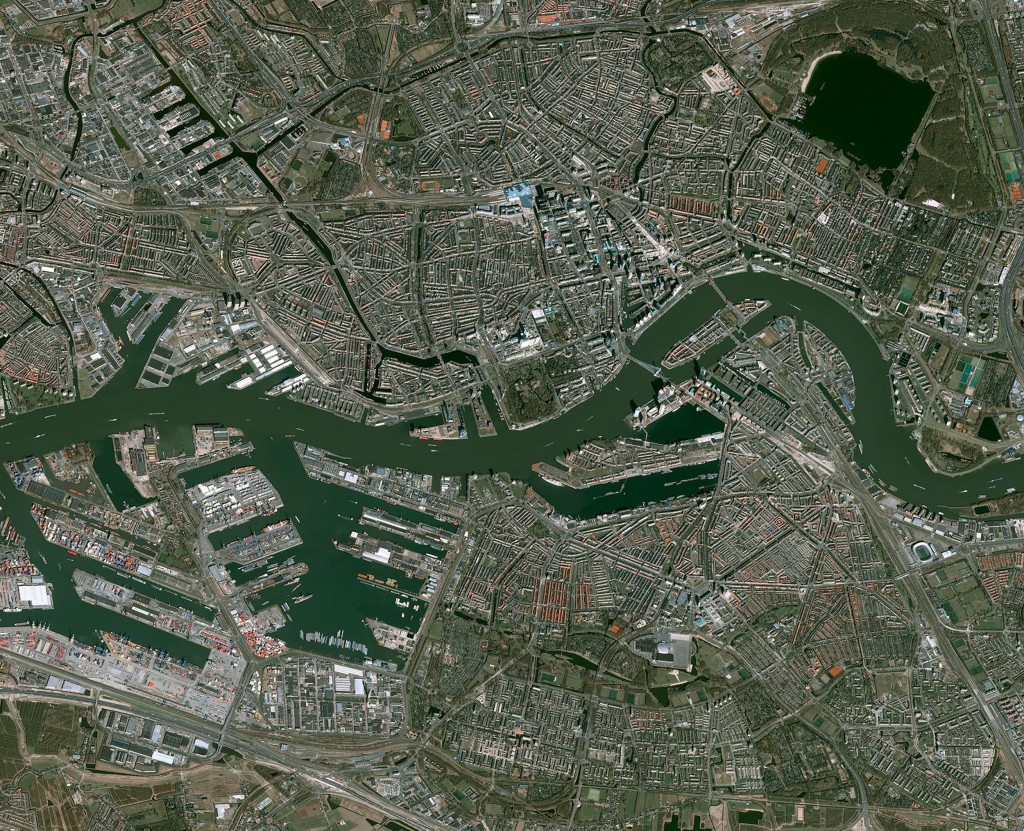 A group project to identify, map, and analyze the inner workings of Rotterdam’s core(s)

By some strange twist of geographical and historical fate, Rotterdam has the highest concentration of architects and architectural thinkers in the world. At the AA Visiting School here, you will be exposed to as many of them as possible. For any practicing or studying architect – or just anyone interested in the contemporary city – Rotterdam is a fascinating playground for generations of modernist and postmodernist architects.

The workshop will explore issues of inhabitance, perception, and intensity through analysis and creative interpretation of Rotterdam’s “core” – the exact place where the much wished-for density and activity should be – or, more likely, its multiple cores, invisible to the untrained eye.

In a city saturated by design, the AA Visiting School workshop – the first in a cumulative multi-year program – will focus first on learning how to look at, and how to notice, a notoriously non-descript city.

Method
This will be an investigative workshop about learning how to look as architects. We will undertake an urban and architectural investigation of a city where it’s hard to grasp what one is actually looking at. Groups of students will look at select parts of the city through thematic lenses like time, work, emotion, fiction, evacuation, iconography. Using a range of mediums from drawing to photography to sound to video to cartography to interviews, students will generate insights into the functioning of Rotterdam’s core(s).

Students will be mentored and critiqued by some of Rotterdam’s most talented natives from various fields – photography, videography, journalism, public policy, and architecture. Guest lectures, group crits, and debates will provide a quick immersion into Rotterdam’s lively intellectual pool.

Students will make a newspaper – THE NORMCORE TIMES – which will collect their work into a composite image of Rotterdam’s complex reality. The newspaper will be published and disseminated at a public event at the culmination of the workshop.